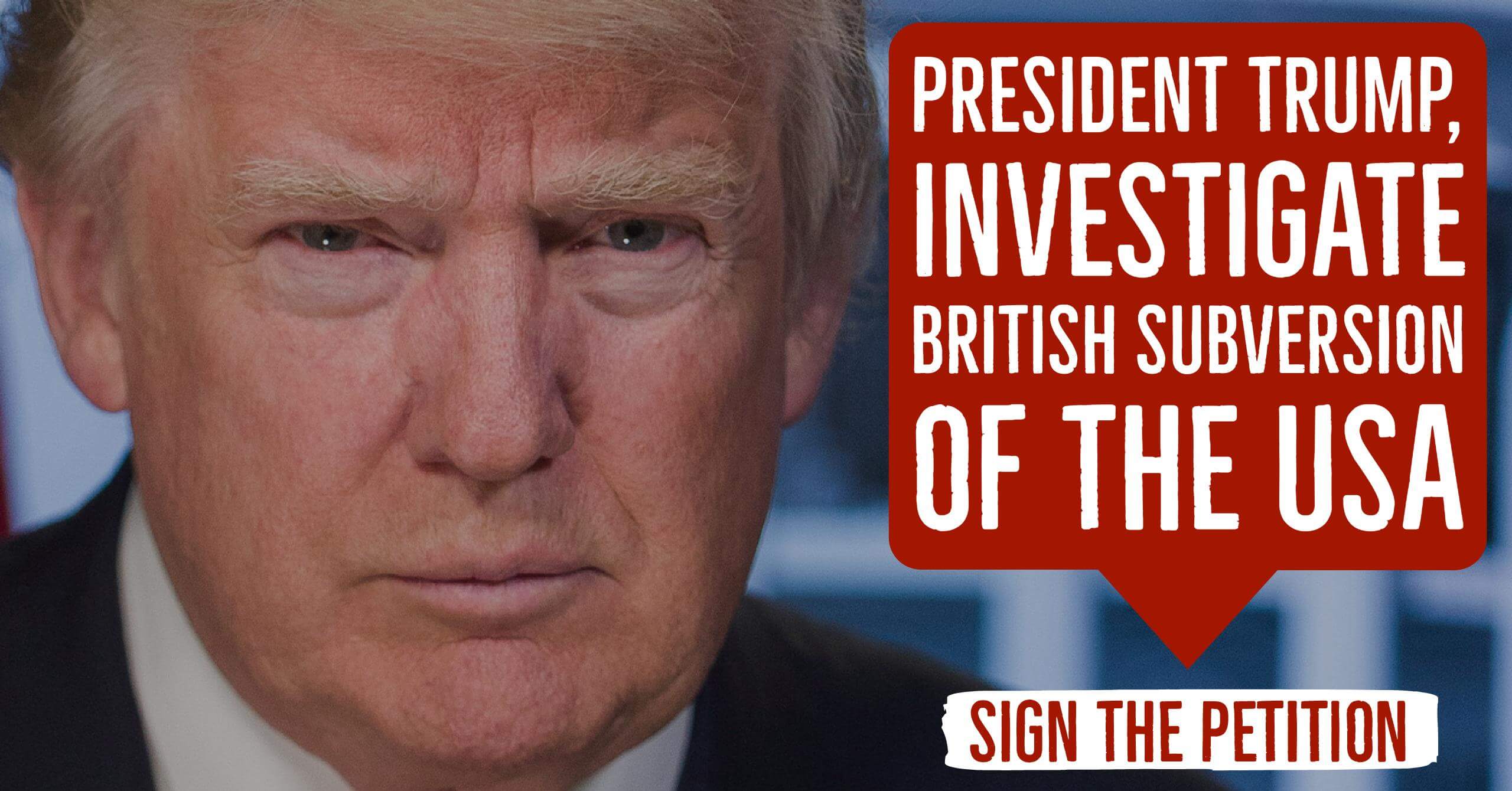 Lyndon LaRouche has stated that with respect to the ongoing fraudulent Russiagate scandal directed at President Trump, “The American people must demand that the ongoing treasonous British coup against the Presidency, and the nation itself, be stopped and the perpetrators prosecuted and imprisoned.” We, the undersigned, agree with that statement and the following:

In the words of LaRouche, “Cancel the British system. Save the people.” Printable version of petition.